Finally I did what I promised – my efforts to close hookah bars in national capital have borne fruit and Delhi State Tobacco Control (DSTBC) has ordered closure of all Hookah bars in Delhi. 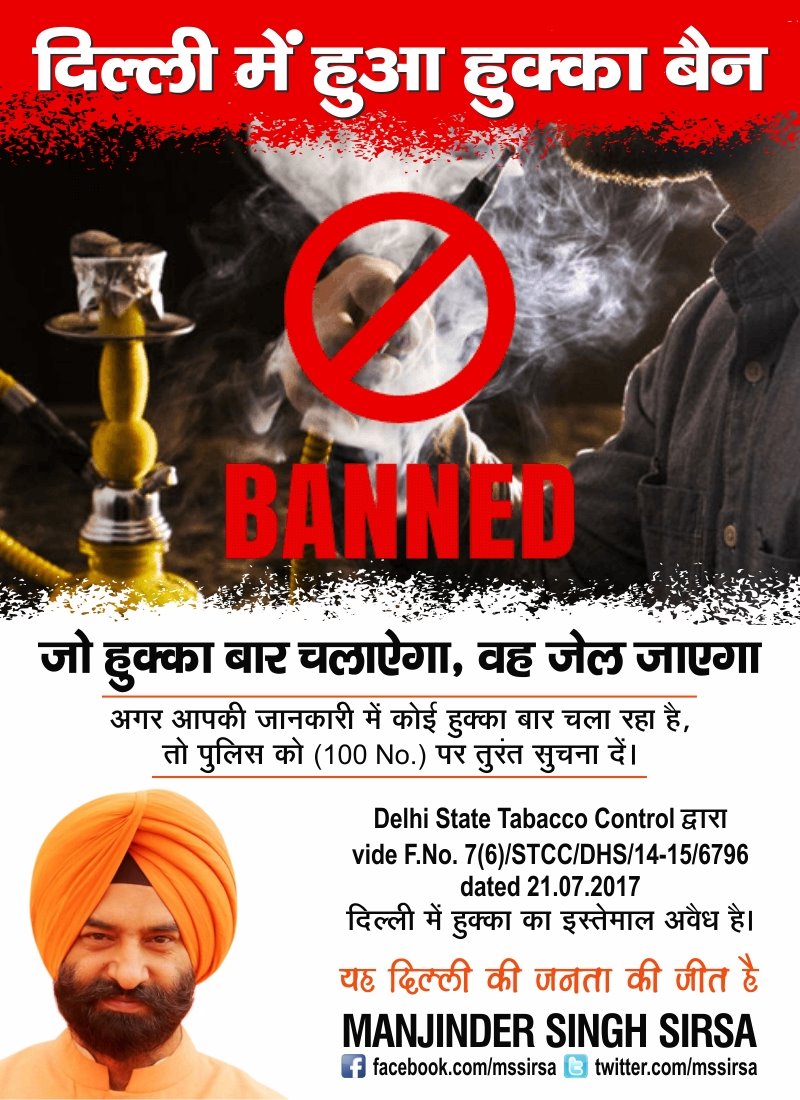 Finally I did what I promised – my efforts to close hookah bars in national capital have borne fruit and Delhi State Tobacco Control (DSTBC), following the notification from the Ministry of Health & Family Welfare dated 23 May, 2017 which completely prohibits use of hookah even in smoking zones, has ordered closure of all Hookah bars in Delhi.
Delhi State Tabacco Control vide F.No. 7(6)/STCC/DHS/14-15/6796 dated 21.07.2017 has completely prohibited the use of Hookah in Delhi. Consequently, there will be no hookah bars in Delhi.

In last four months, we have been trying to spread awareness about Hookah smoking which causes potential health effects on hookah smokers particularly among the young boys and girls. The fact that hookah contains harmful chemicals including carbon monoxide, metals and cancer causing chemicals, tar etc. makes it lethal for the younger lot. Public too showed their disapproval for such Hookah Bars in Delhi. Especially the parents of youngsters came out in large number to support my cause because they were getting worried seeing the drug-inclination of their young ones graduating from Hookah to smoking and then to drugs!

I took up this matter with Union Health Minister Dr Harsh Vardhan, Hon’ble LG Delhi and even submitted evidence to National Green Tribunal to get these Hookah bars closed with a single aim of saving the youth of the Delhi. I submitted strong credible evidence to National Green Tribunal (NGT) Chairman on disastrous effect of hookah smoking on environment. 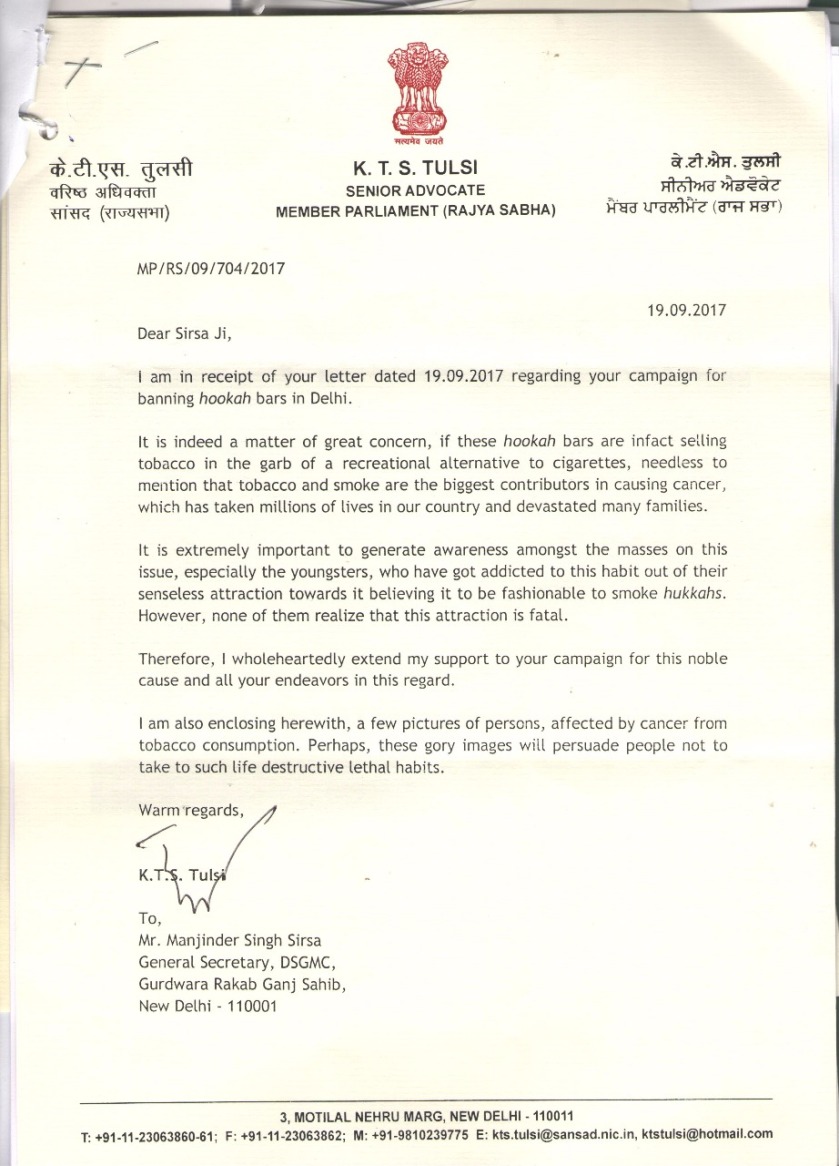 I am thankful to all the people of Delhi particularly those who not only directly supported the cause but also became part of the campaign from time to time. The latest order of the DSTBC has made it clear that there will be no Hookah Bar allowed to operate in Delhi. As per another order of the Health Ministry, no Hookah material can be served even in the service cabins established for smoking.

I am now warning the Hookah Bar owners that if they don’t obey orders on closure of these bars, then we will be forced to physically shut down these bars in order to save the youth of the Delhi. Nothing matters more to me than the future of our youth and I will do all that I can to save the youth of Delhi from Hookah menace. 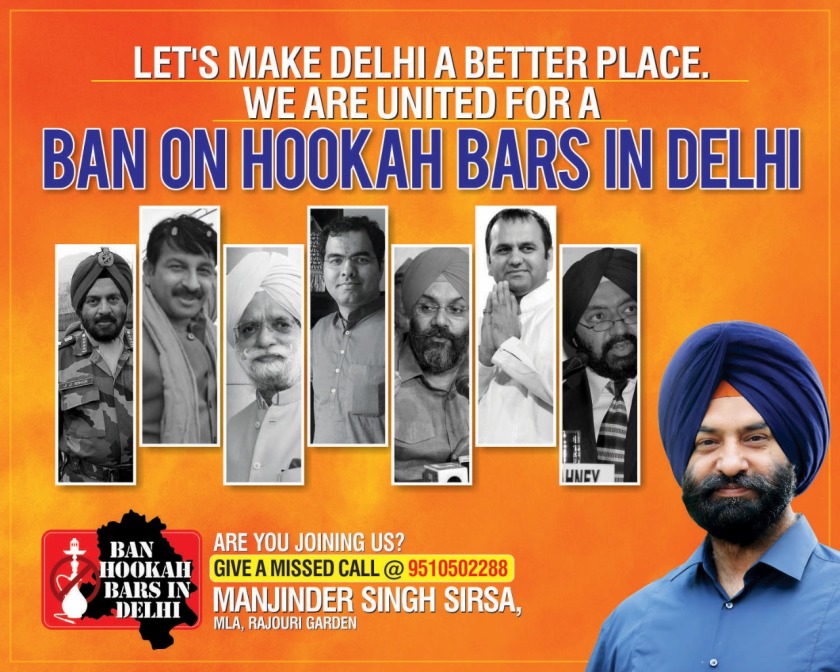